The Law Office of Andrew A. Bestafka, Esq. is taking a safe but proactive approach to the Coronavirus situation in our law practice. We are working every day to represent our clients. We are offering frontline healthcare workers at CentraState free Simple Wills. To read more please Click Here

The days ahead may be a challenge. But we will continue to work to take care of our client’s cases and to take on new matters and clients. We will simply manage your case in less traditional, more technology-driven ways, that are safer for your health and ours.

Please stay healthy and contact us if you have any questions or concerns regarding your case or a new matter for us to consider. 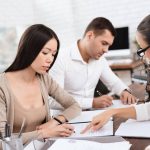 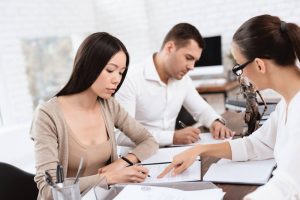 Unlike other states that use an equal distribution approach to dividing marital property, New Jersey uses an equitable distribution approach. This means that courts are not required to divide marital assets 50/50. Instead, courts will seek to divide the couple’s assets in a way that seems equitable, or fair. In deciding on a fair division, courts consider factors such as the respective financial situations of the spouses, each spouse’s earning capacity, the standard of living during the marriage, and the length of the marriage.

The Effect of Prenuptial/Divorce Settlement Agreements 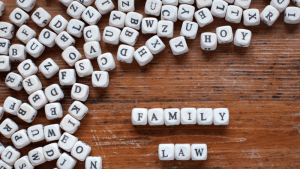 If your 401(k) or other retirement accounts are subjected to equitable distribution in divorce, does that automatically mean you will have to pay funds to your ex from your accounts? Not necessarily. If your and your ex’s retirement accounts have roughly similar values, you both may agree to simply keep your own accounts, or the court may rule that allowing you both to keep your own accounts achieves an equitable distribution of the marital estate.

But where one spouse earned significantly more or contributed more to their retirement accounts during the marriage, the court may decide that the other spouse is entitled to a portion of the value of that account. When that happens, funds will have to be paid from the account(s) of the higher-earning spouse. Of course, many types of tax-advantageous retirement accounts, such as 401(k)s, are subject to rules that prohibit the withdrawal of account funds prior to retirement or prior to the account holder reaching a certain age. Early withdrawals may make the account holder liable for penalties or significant taxes.

A spouse that receives a portion of their ex’s retirement accounts may take the funds in one of several ways:

If a portion of your 401(k) or other retirement accounts are distributed to your spouse in divorce, you will need a court order known as a qualified domestic relations order, or QDRO to avoid the penalties and taxes that come with early withdrawals. The QDRO authorizes the administrator of your retirement plan to pay money to your spouse according to the terms of the order, without any penalty to you for withdrawal.

If you are seeking a divorce and have questions about how your and your spouse’s 401(k)s and other retirement accounts will be divided in your divorce, call the Monmouth County divorce lawyers of the Law Office of Andrew A. Bestafka, Esq. today at (732) 898-2378 or fill out the contact form on our website for a confidential consultation. An experienced divorce lawyer from our firm can help you understand your rights and options when dividing your retirement accounts during divorce.

How is Property Division Determined in a New Jersey Divorce? 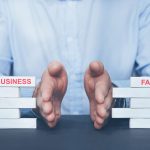 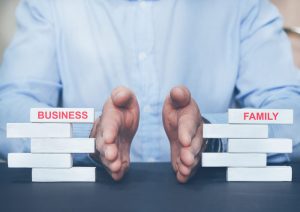 Are you currently going through or thinking about filing for divorce in New Jersey? Are you wondering how marital property is divided by the court? New Jersey is an “equitable division” state, which means that the court will try to divide the marital property in a fair or equitable way, depending on the circumstances of the couple.  This is an important aspect of a divorce and can be quite complex. The Law Office of Andrew A. Bestafka, Esq. has been dealing with property division issues in divorces for more than a decade.  For help, call (732) 898-2378. You’ll talk with a knowledgeable divorce attorney who can make the difference between a good property settlement and a bad one.

It is crucial to have an attorney who knows New Jersey divorce law and understands the nuances of how marital property is divided by the court. Whether negotiating a favorable agreement out of court or arguing before the court in a contested hearing, an experienced attorney knows what needs to be done to get the best outcome for you and how to do it.

An experienced attorney also knows the factors the court will be looking at to make its decision and which arguments will best cover each of them.  Another important element in dividing marital property is establishing an accurate value for the property. Knowing how to present favorable evidence to the court regarding value is complicated. If you don’t have a skillful attorney to represent you, you’ll be at a huge disadvantage and are unlikely to get the property division you want in court.

Why Choose Law Office of Andrew A. Bestafka, Esq.? 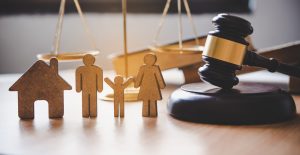 New Jersey law directs the court to divide property “equitably.”  This means your marital property may not be divided 50-50.  The court’s decision depends on several factors. Two of the most important factors are the income and earning capacity of each party and who has primary custody of the children, if children are part of the divorce. The court also looks at how and when assets were acquired and the contribution of each spouse. This contribution can be financial, but it can also be household chores such as cleaning and cooking.  New Jersey Courts also consider whether one spouse helped the other to get through school and earn a degree and if they may have delayed their own education in doing so.  There are many other factors the court can consider that your attorney can discuss with you.  The exact factors depend on your circumstances.

Marital property may include obvious things like cars and real estate, depending on when and how they were purchased.  But it also includes such things as retirement accounts, investments, pets, and even frequent flyer miles and cryptocurrency.  Your situation is unique, which is why there is flexibility built into the “equitable division” decision the judge makes.

If You Are Going Through a Divorce, Call Us

Division of marital property in a divorce is complicated, and it is very important to your financial future. Law Office of Andrew A. Bestafka, Esq. is an experienced, respected firm that will aggressively pursue the best financial outcome that New Jersey law allows in your case.  Call (732) 898-2378 today to schedule an initial consultation and discuss your circumstances with us.

NFL star, Troy Aikman, is now coming through with the divorce settlement that was made with his ex-wife when they divorced last year.

The couple quietly divorced last April after almost 10 years of marriage together. It was seen in legal documents that Aikman paid his ex-wife nearly $1.75 million to settle the marriage property agreement.

He has allegedly just paid this, but it is unknown if he owes any other money. The former Dallas Cowboys quarterback is allegedly worth nearly $25 million.

When thinking of getting a divorce, this can be a stressful time for the whole family. Contact the Monmouth divorce lawyers of the Law Office of Andrew A. Bestafka, Esq, today by calling 732-898-2378.