The Law Office of Andrew A. Bestafka, Esq. is taking a safe but proactive approach to the Coronavirus situation in our law practice. We are working every day to represent our clients. We are offering frontline healthcare workers at CentraState free Simple Wills. To read more please Click Here

The days ahead may be a challenge. But we will continue to work to take care of our client’s cases and to take on new matters and clients. We will simply manage your case in less traditional, more technology-driven ways, that are safer for your health and ours.

Please stay healthy and contact us if you have any questions or concerns regarding your case or a new matter for us to consider.

Law Office of Andrew A. Bestafka, Esq. > Blog > Child Custody > What You Need to Know About Gaining Custody of a Child in New Jersey 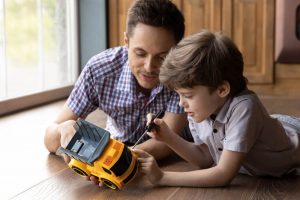 The most gut-wrenching, nerve-wracking, and stressful part of a divorce is the battle for custody of your child. The stakes are incredibly high, and understanding the laws and regulations surrounding child custody requires the help of an experienced family law attorney.

There are two types of custody that you will need to understand: the first type is physical custody. Physical custody (often also called residential custody) is where the child or children physically live. The second type of custody is legal custody. Legal custody is the ability to make decisions for the child. This includes where they go to school, what their extracurricular activities are, major medical decisions, and religious decisions. Legal custody of a child also gives you access to their medical and educational records.

To win sole legal custody, you must demonstrate, with evidence, that the other parent will not make decisions that are in the child’s best interest.

There are many factors that a judge will take into account when making a decision about who gets custody. According to New Jersey Statute 9:2-4 they include, but are not limited to the following:

You may note in this list that, unless you are pursuing sole custody as a way to prevent your child from being in a dangerous or abusive situation, communication and collaboration with your spouse is important. Remember that the goal is to create the best possible parenting situation for the child, not ‘win’ your custody case.

Even if you aren’t pursuing full custody, it is helpful to understand these considerations as they will help you develop a plan for co-parenting that is in your child’s best interest.

When Is Sole Custody Granted? 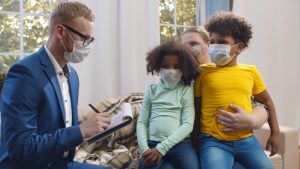 The state of New Jersey is motivated to have both parents share responsibility for their children. However, sole custody will be granted if it can be proven that either the parents are unable to communicate, collaborate, and agree on major decisions for the child or one parent is abusive, neglectful, or absent.

If two parents are unable to agree on significant issues like medical care or education, and cannot resolve the disagreement, it is appropriate to seek sole custody. In this case, you must prove that you make better decisions for the child and are more dedicated to acting in the child’s best interest.

Naturally, if one parent is abusive or neglectful, sole custody might be granted. It is important to note, however, that limited parenting time with the abusive parent may still be granted by the court.

How to Present an Effective Case

When you’re thinking about your child and how you parent them, you might have tons of examples in your head about poor choices your spouse made, or things they said that is evidence they should not have custody. While these things matter, memory and ‘he said she said’ doesn’t hold much water in a court. It is critical that you gather evidence. Whether it’s texts, emails, documents, voicemails, attendance records, doctor’s notes, or even notes from friends and family, concrete items are always more powerful and persuasive than just testimony.

New Jersey custody laws are complex. If you are entering a divorce and subsequent custody battle with your spouse, it is critical that you contact a lawyer. Call the Monmouth County divorce attorneys of Law Office of Andrew A. Bestafka, Esq. at (732) 898-2378 today. We are here to help you fight for your child’s best interest and guide you through all the intricacies of New Jersey child custody law.